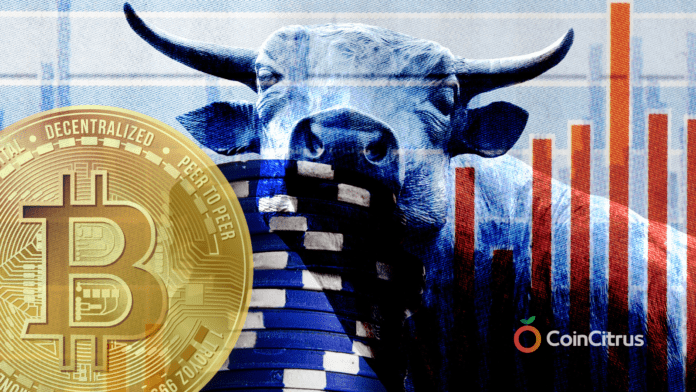 Shapeshift founder and CEO Erik Voorhes has recently predicted that the next crypto bull run would happen in “six months” to “three years,” with Bitcoin reaching $40,000 by the summer of 2023 — representing a 140 percent rise over current valuations.

In a Bankless Shows interview, Vorhees discussed that the current crypto winter is unlikely to last another decade.

According to him, cryptocurrency could see a bull run as soon as half a year because “that’s generally how long it takes people’s minds to start changing and speculative cycles to return.” He projected a revolution to happen, regardless of whether the market is bull or bear.

Several key factors will also affect the market’s future volatility. These include the Federal Reserve’s interest rates, the macroeconomic environment and the rollout of potential regulations.

If Vorhees’ prediction of Bitcoin achieving $40,000 by the summer materializes, that will result in “2.5X profit for investors” who decide to join now.

Several predict that bitcoin’s persistent bear market will cease in 2024 as the next BTC halving occurs. According to some sources, Mark Yusko, CEO of Morgan Creek Capital Management, supports that theory.

Another big name in the industry who voiced similar views is Bitwise CEO Hunter Horsley, claiming that this year would see the next bull run. He also noted that price drops provide an excellent opportunity for people to boost their exposure to the primary digital asset.

Tim Draper, like Voorhees, recently revealed his Bitcoin forecast. Draper, a billionaire and venture capitalist, recently took to Twitter to show off a t-shirt with his bold $250,000 prediction printed on the front. He anticipates that the $250,000 mark will be accomplished before the next bitcoin halving, predicting that the “halvening in 2024 will have a positive run.”

In the interview, Voorhees also mentioned some high-profile cases with negative impacts on the market last year, such as the fall of centralized organizations. Therefore, he suggested consumers protect themselves by using self-custody methods.