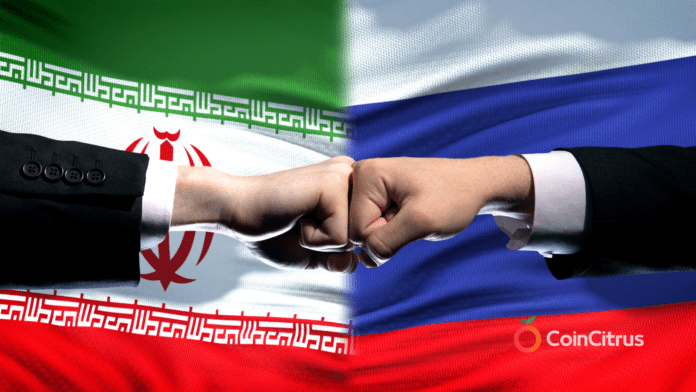 Russia and Iran have reportedly been considering developing a gold-backed stablecoin to resume international trade in the face of economic sanctions, according to a report from local Russian news on January 16.

Alexander Brazhnikov, the Executive Director of the Russian Association of Crypto Industry and Blockchain, outlines the Central Bank of Iran’s plans with the Russian Federation to design a stablecoin for international trade.

According to Brazhnikov’s report on Russian news outlet Vedomosti, the crypto asset may be named the “token of the Persian Gulf” and have gold as its reserve asset.

Many countries have implemented economic sanctions on Russia after the country began to invade Ukraine in the spring of 2022. These sanctions prevent Russian citizens from accessing funds on international accounts.

Having been the most sanctioned country in the world before Russia, Iran has historically used cryptocurrency to soften the blow of U.S. sanctions against it.

Due to fears of terrorism and weapons of mass destruction, the U.S. and the UN have heavily sanctioned Iran’s economy over the years. Iran has long used cryptocurrency to evade these sanctions.

The laws would also allow crypto assets to be confiscated in cases where it is illegally acquired, such as through bribery. Russia has also banned most crypto payments.

Despite prior reservations about cryptocurrency, Russia’s collaboration with Iran will allow it to process international trade once more in light of recent economic sanctions.

Russian legislator and member of the Information Policy, Technology, and Communications Committee Anton Tkachev explained that a joint stablecoin might only be created if the digital asset market comes under Russian regulation.