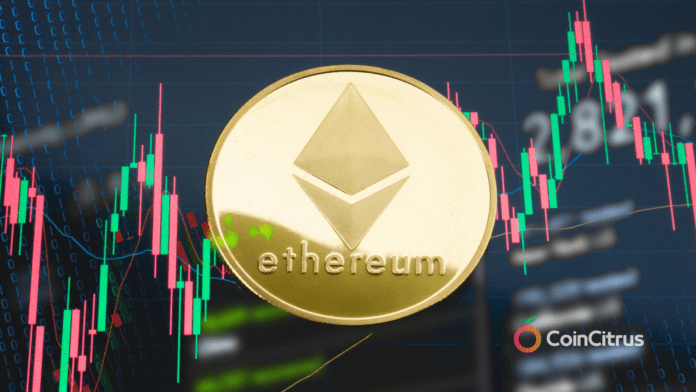 A cryptocurrency analyst, CredibleCrypto, claimed Friday that the price of Ethereum might drop further from its current level.

According to a statement posted on his official Twitter account @CredibleCrypto, the drop in Ethereum (ETH) is due to the cryptocurrency having reached the level he predicted a few days ago.

“RED region tagged. Expecting a rejection here in the coming days to take the sets of equal lows that we left behind,” said CredibleCrypto.

RED region tagged. Expecting a rejection here in the coming days to take the sets of equal lows that we left behind. More details/context in the vid on my pinned tweet that was made a couple weeks ago. Outlines this scenario, downside targets, and alternates if I’m wrong. $ETH https://t.co/YygTG3zR8g pic.twitter.com/8XqUBSZWzm

CredibleCrypto predicted a rejection in the RED region near $1,270, and he expected the decline to touch as low as $1,080, well below critical support at $1,170.

However, cryptocurrency analyst Michael van de Poppe claimed that ETH may have an improved upside move before a correction in the run-up to the Federal Open Market Committee (FOMC) next month.

According to reports, Poppe previously advised investors to buy Ethereum near $1,170 since it was a crucial support level for the cryptocurrency.

CredibleCrypto has been sharing his ETH price analysis on his Twitter page for quite some time. On January 4, the tweet mentioned that the crypto community should be cautious about ETH because the risk of rejection and downside from that level outweighs the potential for further uptrend — particularly now that the price of ETH has managed to reach the first target of around $1,248.

Previously, CredibleCrypto shared his analysis on January 2, predicting that after departing two sets of equal lows for a continuation up to the first target, the ETH price would drop later.

Multiple traders suggested that the recent large order of 26,000 ETH, with an expiration date of June 30 and a price of $400, was the tail-management strategy of cryptocurrency whales.

With many traders still expecting a price drop, it is also reported that ETH trading volume is flat.