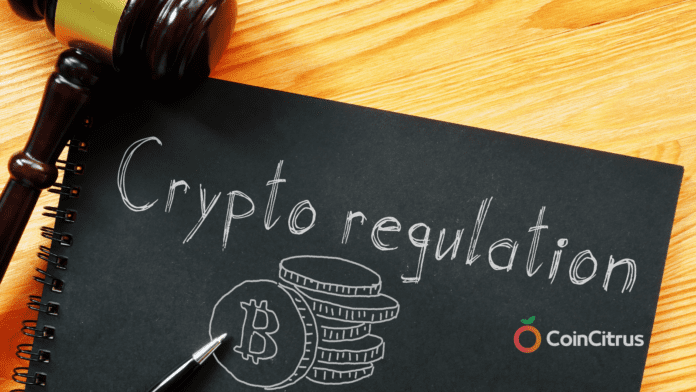 Crypto markets have begun rallying from “crypto winter”, with Bitcoin touching the $21,000 mark on Monday, marking the first time the token reached the threshold since the collapse of crypto giant FTX in November last year.

However, Gordon said that future regulation would ultimately determine whether cryptocurrency can maintain the trust of the mainstream market.

“2023 for us could be a real inflexion point in policy, and a regulatory framework could be one of those things that help to accelerate the accelerator side of the crypto downturn,” Gordon said in the broadcast.

The recent crash stirred questions regarding the stability of crypto. Last May, the price of major stablecoin TerraUSD (UST) plunged below $.65, leaving the crypto market reeling. This would later be worsened by FTX’s downfall, causing a downturn in the broader market.

In light of FTX’s bankruptcy and its co-founder’s arrest late last year, Gordon suggested that policymakers might feel “reticence to engage” with cryptocurrency.

He assured that FTX’s collapse had placed cryptocurrency on regulators’ radars. He insisted that the G20 might soon set guardrails on cryptocurrency regulation.

“We’ll see more institutional investors getting into crypto,” Gordon said, “but I think we will see more traditional finance banks also beginning to explore this space.”

Like other crypto firms, Coinbase has struggled to maintain operations, cutting back 20 percent of its workforce and shutting down branches in Japan last Tuesday.

It has hopes that future regulations will more trust in the market, specifically in Europe. The European Union plans to pass the Markets in Crypto Assets (MiCA) Regulation sometime in the future. This framework will regulate trading across all EU blocks.

Coinbase is currently dealing with a $50 million settlement with the New York State Department of Financial Services (NYDFS) after being charged with insufficient user background checks, an effective anti-money-laundering filter.