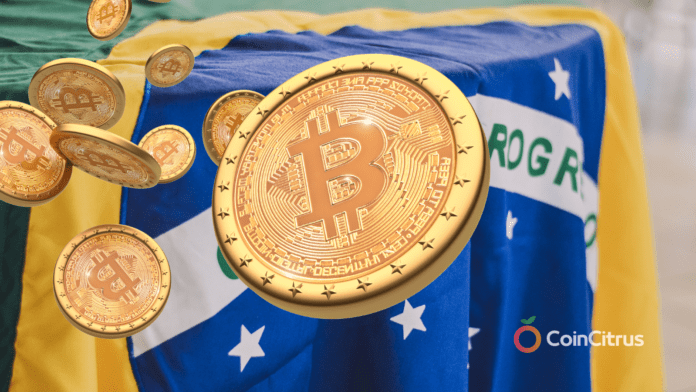 Expedito Netto, a member of the Chamber of Deputies of Brazil, has revealed in a statement that the country will likely review its newly sanctioned cryptocurrency law.

The law was approved by former President Jair Bolsonoro on December 21, at the end of his term. Its approval became an international highlight for making Brazil one of the first countries to adopt a formal regulation for crypto.

However, Netto, the rapporteur of the law, recently said the newly appointed government would likely conduct a review on it. According to him, there are still issues with the law, and the new administration wanted to fix them and add some new points.

Among the problems in the law is regarding segregation between the funds of virtual asset service providers and users. The discussion regarding the issue was left out because analysts had explained that forcing fund segregation can cause companies to be constrained by capital.

The newly elected president of Brazil, Luiz Inácio “Lula” da Silva, sees the crypto industry as something that needs to be addressed with the utmost focus.

“Crypto assets have grown a lot in recent years, and deserve the attention of the authorities,” Da Silva said, per a translation.

Da Silva explained that a proper legal structure could prevent crypto fraud and other criminal activities. Therefore, the Central Bank of Brazil must design a comprehensive regulatory framework for the industry.

“The government, especially through its autonomous Central Bank, must create standards aligned with the international standard to avoid illegal practices of crypto assets, such as money laundering and currency evasion, in addition to avoiding practices of fraudulent negotiations,” he said.

Before being elected, Lula had been vocal about eliminating Brazil’s reliance on foreign currency markets. He has always been adamant that actively participating in the crypto industry can save Brazil from adverse economic effects.