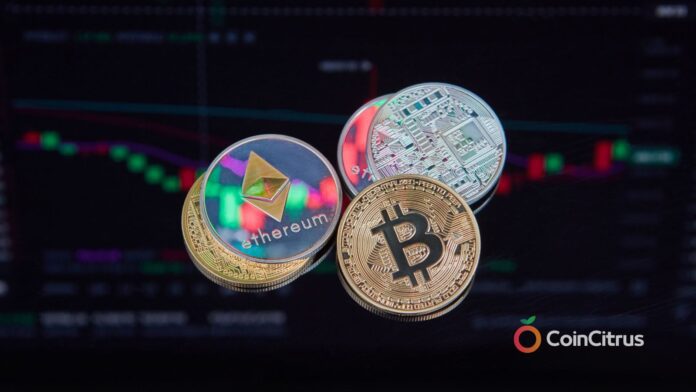 According to reports, Bitcoin and Ethereum are on the cusp of jump-starting a sustainable bullish trend for the entire crypto market in the coming weeks.

Based on on-chain data, the daily trading volume for Bitcoin is $35 billion (£29.49 billion). Analysts said that Bitcoin had formed a new upward track, indicating a significant chance for bull continuation.

The trading volume for Ethereum is $10 billion (£8.07 billion). On January 21, data showed that Ethereum faced strong resistance at almost $1,680 (£1,356). To start its bullish movement, Ethereum must overcome that trading barrier.

Analysts said, as long as Ethereum could establish a path over the $1,610 (£1,299) mark, investors would see potential buying trade.

The bullish trend for the two largest crypto tokens in the market remains despite the ongoing negative coverage on two popular crypto exchanges, Coinbase and Gemini.

Coinbase is currently under fire due to “weak” security practices. Investors filed a lawsuit against the exchange, saying that the security measures implemented by Coinbase cannot protect customer funds. They also accuse Coinbase of not being willing to compensate victims.

Meanwhile, Gemini is also under scrutiny following a class action suit against the exchange, which alleges the company breached the Exchange Act. Gemini’s Earn Program stopped accepting new investments last December and yet existing customers could not get their funds out.