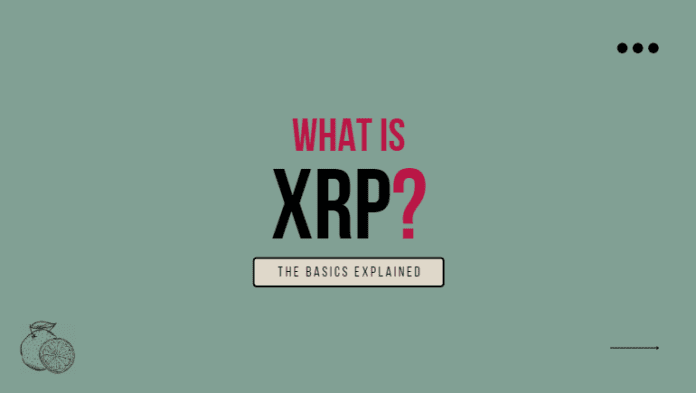 XRP is a highly attractive asset for both investors and enterprises alike.

XRP is a digital asset designed to bridge the gap between traditional financial institutions and blockchain-based networks. It was created by Ripple Labs, a technology company based in the United States that specializes in providing payment services for banks and financial organizations. XRP works as a bridge currency, allowing transactions to be made across different networks without first having to convert one currency into another. It is also the native asset of the Ripple network, which helps support its use case and liquidity.

XRP is different from other cryptocurrencies because it does not need to be mined or use energy-intensive proof-of-work algorithms. Instead, XRP is created through a process called “issuance,” in which Ripple Labs pre-mines XRP and releases them into the network. All transactions on the Ripple network must be settled with XRP, and the amount of XRP issued is fixed at 100 billion tokens.

The advantages of using XRP include low transaction fees, instant settlements, and increased liquidity compared to other digital assets. It is also used as a base currency for many cryptocurrency exchanges and has been adopted by several major banks and financial institutions worldwide. XRP can be purchased with fiat currencies or other cryptocurrencies, and it is available on most major crypto exchanges.

How Does XRP Work?

XRP works by allowing users to send payments in any currency to anyone else on the network. It operates on a decentralized platform that uses a consensus mechanism, which is similar to Bitcoin’s blockchain technology. XRP acts as a bridge between two different currencies, making it possible for people to securely send money across borders without having to deal with the complexities of traditional international payments.

The XRP Ledger is the distributed network that powers XRP and its associated digital assets. It’s a public ledger, meaning it can be accessed by anyone at any time, and it’s maintained by a consensus mechanism. This allows all participants to come to an agreement about the validity of transactions on the ledger, ensuring the security and integrity of the network.

The XRP Ledger is also designed to process thousands of transactions per second, making it much faster than traditional banking networks. This makes XRP a powerful tool for businesses that need to send payments quickly and securely around the world. Additionally, since XRP has its own native currency, it can be used to facilitate international payments without incurring conversion fees.

The History Of XRP

XRP was created by the American technology company Ripple in 2012. The main purpose of developing XRP was to provide a real-time gross settlement system, currency exchange, and remittance network for global financial transactions. It is considered as one of the most important cryptocurrencies in the world due to its potential use cases and scalability features.

XRP is also the native currency of RippleNet, a powerful global payments network developed by Ripple. It enables banks and payment providers to quickly and securely move funds across borders using blockchain technology. Additionally, XRP can be used as an intermediary between any two fiat currencies when transferring money in different countries or regions.

The development of XRP has made it easier for banks and financial institutions to process payments in real-time, providing secure, cost effective, and more efficient solutions. Furthermore, the use of XRP increases liquidity in the cryptocurrency market by allowing people to trade different cryptocurrencies quickly and easily.

Is XRP A Good Investment?

Before investing in any cryptocurrency, including XRP, it’s important to do your research and understand the risks associated with investing. Here are some factors to consider when deciding if XRP is a good investment for you:

1. Adoption:
Ripple has implemented several partnerships with major banks and financial institutions, which could help drive adoption of XRP and make it more attractive to investors.

2. Technology:
Ripple’s technology is designed to be fast, secure, and reliable for transactions across different currencies.

3. Volatility:
Cryptocurrencies can be extremely volatile, so it’s important to understand the risk associated with investing in XRP before making any decisions.

4. Regulations:
Cryptocurrency regulations can vary from country to country, so it’s important to consider how XRP may be affected by laws and restrictions in your area.

To stay up to date with the current XRP price data, click here.

Should You Buy XRP?

Whether or not you should buy XRP depends on your investment goals and risk tolerance. XRP is a relatively new cryptocurrency, so it carries more risk than some of the other established coins like Bitcoin and Ethereum. However, it has also been one of the fastest-growing digital currencies in recent months, so there could be potential for strong returns if you’re comfortable with the risk. As with any investment, it’s important to do your research and make sure you understand what you’re getting into before making a purchase. Keep in mind that cryptocurrency investments don’t come with any guarantee of success, so approach them with caution. Ultimately, only you can decide if buying XRP is the right decision for you.

How Many XRP Coins Are There in Circulation?

As of April 2021, there are 45 billion XRP coins in circulation. Of this amount, 20 billion are held by Ripple Labs, while the remaining 25 billion are owned and traded by third parties. The total supply of XRP is 100 billion — with a maximum cap at just over 99 billion to ensure no new coins can be minted.

Ripple Labs has also placed 55 billion XRP coins in an escrow account, meaning they can’t be traded or used until released. This was done to ensure the supply of XRP remains stable and predictable. Each month, 1 billion Ripple coins are released from escrow into circulation, adding additional liquidity to the market. Once all 55 billion coins are released, no more new XRP can be created. For this reason, Ripple is considered a deflationary cryptocurrency, since its supply will eventually decrease over time.

In addition to the total circulating supply of XRP, there are also two other types of XRP coins: “frozen” and “burned” coins. Frozen coins are XRP that have been held in escrow for more than six months and are unable to be traded or transferred. Burned coins are XRP that have been permanently removed from circulation, meaning they can never be used again. Some of the most common ways for XRP to get burned include sending it to an incorrect address and using it to pay transaction fees. Overall, the combination of frozen and burned XRP helps maintain a consistent supply in circulation, which is beneficial for all investors.

Where Can You Buy XRP?

XRP can be purchased and traded on a variety of different platforms, including exchanges like Binance, Coinbase, Kraken, and Bitstamp. You can also purchase XRP through online brokerages such as Robinhood and eToro. Additionally, many cryptocurrency ATMs now allow people to buy XRP with cash. When choosing an exchange to purchase XRP from, make sure to do your research and pick one that is secure and trustworthy. Additionally, it is important to note that many exchanges require users to verify their identity before being able to withdraw or deposit funds.

Once you have chosen an exchange and verified your identity, the process for purchasing XRP will be relatively straightforward. Generally, you will need to deposit either fiat currency (such as USD) or crypto currency (usually BTC or ETH) into your exchange account. Once the funds have been deposited, you can then use them to purchase XRP. After the transaction has been completed and your wallet is funded, you can start trading XRP on the exchange or transfer the XRP to a private wallet.

XRP is a digital asset that has been gaining traction in recent years as an alternative to traditional banking methods. It can be used for efficient and secure payments, remittances, and more. XRP’s major advantage over other cryptocurrencies is that it does not need to go through the process of blockchain consensus, meaning transactions are faster and more secure. XRP is also one of the most cost-effective and efficient digital assets available, making it a great choice for businesses and individuals alike. With its low transaction fees and fast processing times, XRP is becoming increasingly popular as an alternative to traditional banking methods.

All in all, Ripple’s native currency XRP has a lot of potential to revolutionize the finance industry. It is rapidly gaining traction, and could easily become one of the most popular digital assets in the future. As such, it’s definitely worth investing in XRP if you have an interest in digital currencies.