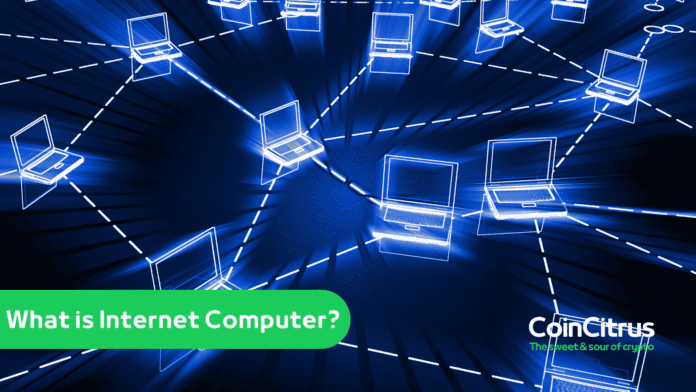 The Internet Computer (ICP) is a revolutionary new technology that has the potential to revolutionize how we use the internet.

What Is Internet Computer (ICP)?

Internet Computer (ICP) is a blockchain-based platform that is designed for creating and hosting decentralized applications (dApps). It enables developers to create and deploy dApps on the blockchain in an efficient, secure, and cost-effective manner. ICP uses a novel consensus mechanism known as “Proof of Useful Work” (PoUW) to ensure the safety and integrity of the network. This mechanism enables a decentralized, permissionless, and secure platform for developers to build their dApps on.

ICP also has several other features that make it an attractive platform for developers, such as low transaction fees compared to many other blockchain networks, as well as a fast settlement time. It also supports multiple programming languages, making it accessible to developers of all skill levels. Plus, ICP has an extensive developer community and resources available to help developers build and deploy their dApps quickly and easily.

How Does Internet Computer (ICP) Work?

Internet Computer (ICP) is a new type of cryptocurrency based on blockchain technology. It uses a novel consensus algorithm called “dFinity consensus” that allows for decentralized, trustless transactions and applications. Unlike other cryptocurrencies, ICP does not rely on miners or proof-of-work to secure its network, instead it employs a network of computers (called “validators”) to validate transactions. This makes the system much more secure, as there is no single point of failure or control in the network.

To use ICP, users must first install an app that allows them to store their coins. Then they can send and receive funds using a wallet address. The ICP network also allows developers to build decentralized applications (dApps) on the platform. These are applications that use smart contracts to facilitate transactions and interactions between users in a trustless environment, without a central authority or middleman.

The ICP blockchain is secured through the dFinity consensus algorithm and is designed to be highly resistant to censorship and fraud. This is because the network’s validators are randomly chosen for each block, making it more difficult for a single malicious actor to influence or control the blockchain.

The History Of Internet Computer (ICP)

The Internet Computer (ICP) was founded in 2017 by the Ethereum Foundation and protocol developer, Vlad Zamfir. As of June 2020, ICP has grown to become the 15th largest cryptocurrency by market capitalization with a total market value of over $3.2 billion USD.

ICP has a total supply of 1,000,000,000 tokens and is constantly increasing in value. Each new block that is added to the blockchain adds a small amount of ICP to its total supply. The network also has mechanisms for staking, allowing holders of ICP to vote on protocol changes and earn rewards for their participation.

As an open source project, anyone can contribute code or suggestions to help improve the platform. The Internet Computer has seen tremendous growth since its launch in 2017 and is constantly evolving as developers continue to build new innovative applications on top of it.

Depending on your personal investment objectives and risk tolerance, the answer to this question will vary. ICP combines ease, speed, and security, and users will be able to safely access the internet from any device thanks to its architecture. ICP uses ground-breaking technology that has the potential to be employed more frequently in the future.

ICP has a lot of promise as an investment because of its distinctive qualities and diverse applications. It is appealing to both tech-savvy investors and people who are new to investing because it is safe and has a low entrance barrier.

The innovative technology has the potential to completely alter the landscape of online security.

To stay up to date with the current ICP price data, click here.

Should You Buy Internet Computer (ICP)?

The Internet Computer is a revolutionary technology that has the potential to revolutionize how we interact with the internet. It promises faster, more secure transactions and data storage, as well as increased decentralization. This could make it attractive to those looking for long-term investments in cryptocurrency. However, investors should always be aware of the risks involved in investing in any cryptocurrency.

For those interested in investing in ICP, it is important to research the project and its associated risks before deciding whether or not to invest. Additionally, investors should be aware of the current market trends, as well as any upcoming news events that may have an impact on the price of ICP.

How Many Internet Computer (ICP) Coins Are There in Circulation?

There are over 600 million Internet Computer (ICP) coins in circulation. The total supply of ICP is capped at 1 billion coins, so the maximum supply has yet to be reached. ICP was launched on the Binance Smart Chain using a Launch Pool initiative, which allowed early users to acquire coins through staking and liquidity mining. The ICP tokens can be used for a variety of uses, including staking and powering the Internet Computer Network. Additionally, ICP coins can also be used to pay for services on the platform, such as DeFi-based applications, or traded on various exchanges. The value of each ICP coin is determined by market demand and supply, as well as its utility within the platform.

Where Can You Buy Internet Computer (ICP)?

The easiest and most secure way to buy Internet Computer (ICP) cryptocurrency is through an established exchange. Exchanges like Binance, Kraken, Bitstamp, and Coinbase are some of the most popular options for purchasing ICP coins. Additionally, decentralized exchanges such as Uniswap and Kyber Network also offer trading platforms for ICP tokens.

It is important to note that some exchanges may not allow users from certain countries to purchase ICP coins, due to regulatory restrictions. Always check the terms and conditions of any exchange before depositing funds.

If you are interested in purchasing a large amount of ICP cryptocurrency, it is usually recommended that you use an OTC (over-the-counter) broker or an online marketplace such as LocalCryptos.

ICP is a very promising cryptocurrency technology that has the potential to revolutionize how people transact online. In addition to its use as a medium of exchange, ICP also serves as a platform for smart contract development and decentralized application (dapp) deployment. The underlying blockchain technology ensures secure, fast, and cost-effective payments with minimal or no transaction fees. Furthermore, ICP is a powerful tool for developers and entrepreneurs to create innovative applications and services that could revolutionize the way people access financial services. Thus, ICP has the potential of becoming one of the most popular cryptocurrencies in the world very soon.