What Is Hive (HIVE)? 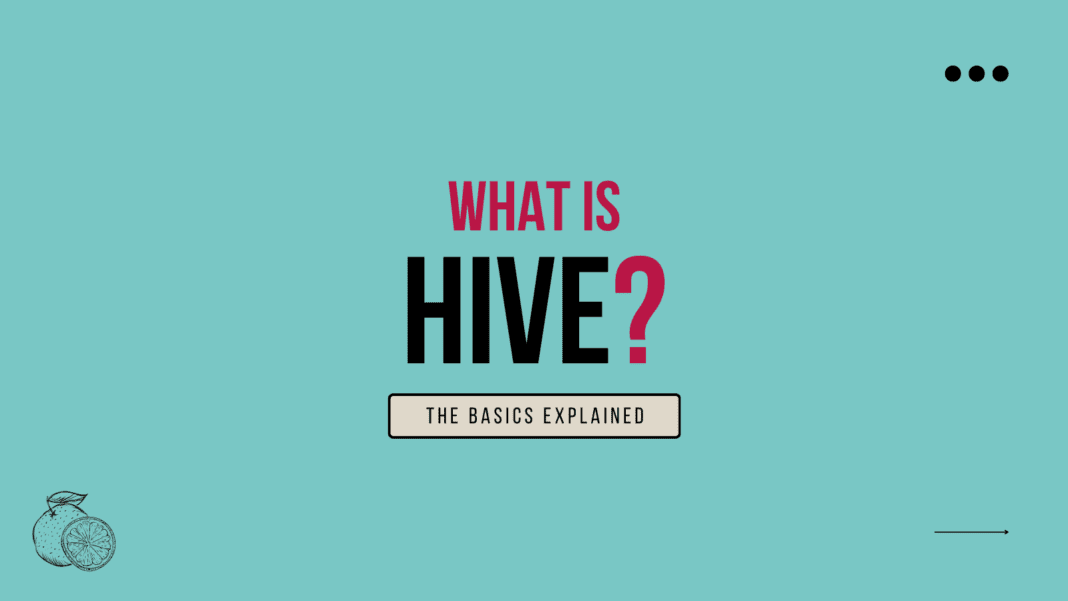 Hive has a thriving ecosystem of over a hundred apps, communities & projects.

Hive is an innovative, forward-looking, and decentralized blockchain ecosystem built on Delegated Proof of Stake (DPoS). They strive to become one of the most popular blockchains globally, and to improve the community’s values.

The performance of the blockchain is designed to scale with widespread adoption of the Hive currency and platforms in mind. By combining the lightning fast processing times and fee-less transactions, Hive is positioned to become one of the leading blockchain technologies used by people around the world.

Hive can also be defined as a social network of services and apps, where you have users connect securely to the platform and share content through equitable redistribution of value, making the users the proprietors of the network.

How Does Hive Work?

The decentralized blockchain is based on Delegated Proof of Stake consensus, which verifies the transactions and creates new blocks on behalf of the investors. The procedure ensures that the network has less control.

The Hive network comes with two classes of cryptocurrency assets named HIVE and Hive Backed Dollars (HBD). HIVE is the liquid currency of the Hive ecosystem. It may be traded, staked, bought, and sold. Hive Backed Dollars are intended to be pegged to the United States Dollar (USD) at a one to one rate.

The History Of Hive

Hive was founded as a result of control management conflict between Justin Sun (Tron CEO) and Steemit Inc. Along with a strong team of developers who continued to operate independently, with a strong focus on decentralization.

Is Hive A Good Investment?

The fact that Hive has a total supply of 446 million HIVE coins makes it an attractive incentive to hold the coin for the long run.

Below you can see when HIVE reached its all time high before crumbling back down:

Historically, the per coin value of HIVE has been relatively higher, above $1 per coin and reaching its peak of $2.96 in November of 2021. However there are many factors that can contribute to a decline in the growth of a crypto project, whether that is investors losing confidence in the project or having entered a bear market. The question is whether it will recover in a new bull market (if we are lucky to have one).

To stay up to date with the current HIVE price data, click here.

Should You Buy Hive (HIVE)?

For those retail investors who bought HIVE prior to their all time highs back in November 2021 were rewarded with big gains. However it’s never sensible to make any investment decisions on past performance, as in some frequent occasions the value never goes back all the way up again.

However if you have done your due diligence on the Hive project and are particularly interested in what they are achieving within the space, it’s always worth buying only a few coins and familiarizing yourself with the system, community and overall project. Cryptocurrencies can be risky, so invest wisely and be careful with your hard earned money.

Hive released a whitepaper early on which outlines its solution to the problems that they are trying to solve and also some dates of when it will likely be actioned.

If you want to read the Hive whitepaper click on the button below.

How Many HIVE Coins Are There in Circulation?

Hive has a total supply of 441 million HIVE tokens.

How Can You Buy HIVE?

It’s actually quite easy to buy HIVE. All you need to do is follow these four basic steps:

Where Can You Buy HIVE?

If you would like to purchase some HIVE coins, below are a handful of cryptocurrency exchanges which list them.

Disclaimer: All images, branding and wording is copyright of Hive. All content on this page is used for informational purposes only. CoinCitrus has no affiliation or relationship with the coins, projects or people mentioned on this page.