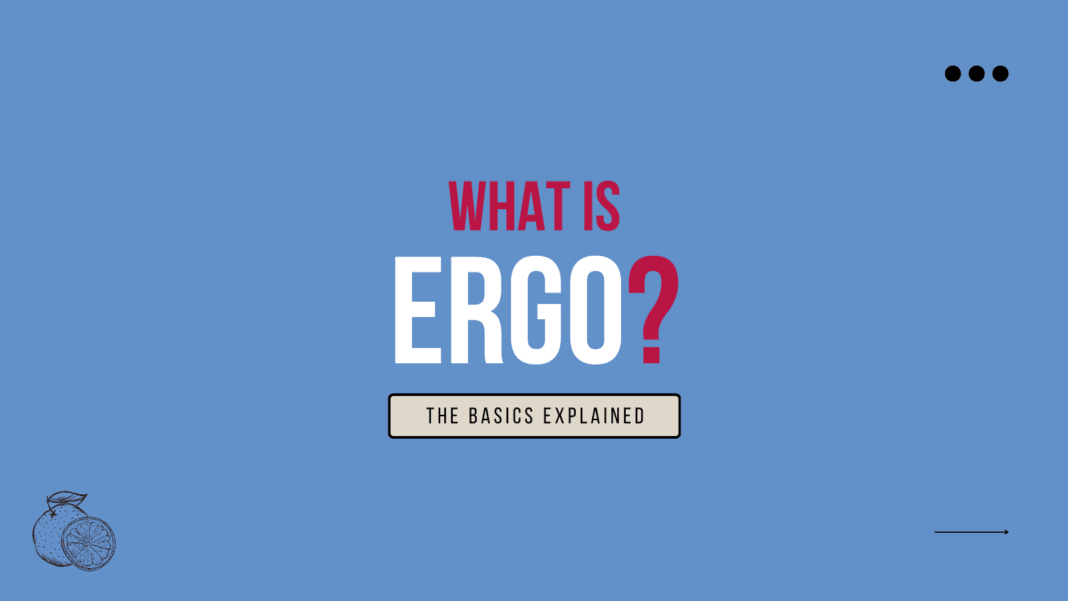 Ergo is a blockchain built to be faster and easier to use than other blockchains in the market.

Ergo is a blockchain with features capable of designing advanced decentralized apps (dApps), and they achieve this by using a Proof-of-Word (PoW) consensus protocol.

There are so many elements to consider when it comes to building a blockchain, and that ties down to encryption and decentralization. But then there is data storage, computer power, and the cost of network resources which can be really expensive. This all makes using the blockchain more expensive, and customers end up paying the price in the form of transaction fees.

Ergo is focused on eliminating some of the above issues by implementing the following:

ERG is their native currency.

How Does Ergo Work?

Ergo uses Autolykos, a mining protocol that resembles Bitcoin’s mining protocol. It doesn’t require any specialized hardware to operate, and allows anyone to engage in network security and reward mining.

Autolykos is also resistant to large mining pools and application-specific integrated circuit miners (ASIC), which helps it become more energy efficient. Being energy efficient is a big thing for Ergo, which is why compared to Bitcoin they actually limit the mining size for each node. Anyone with an ordinary computer and graphics card can mine Ergo.

The History Of Ergo

Ergo was co-founded by Alexander Chepurnoy, and previously co-founded what is now Chainlink. Then you have Dimitry Meshkov who is another co-founder but also the lead developer of Ergo.

The Ergo network was officially released in June 2017.

Is Ergo (ERG) A Good Investment?

The growth of Ergo largely depends on community engagement and support from DApp developers.

As for the price of the ERG token, the highest that it has ever reached is $19.59 back in December 2017 and then peaked again to $18.29 in September 2021, with a few months later dropping back down to below $3, which makes you wonder if ERG will see another all time high in the future.

To stay up to date with the current ERG price data, click here.

Should You Buy Ergo (ERG)?

By owning ERG, users are able to participate in the suite of products and services built within the Ergo ecosystem.

If you have done research on the team, vision, whitepaper and you are satisfied with what Ergo has accomplished so far, then potentially it could be a great investment for the long term. Perhaps invest small, and wait for market direction before buying more.

Ergo released a whitepaper packed full of information which includes problems and solutions they are trying to solve, information surrounding the token they launched, the technical aspects behind the project, the project timeline they are working towards and formal introductions from the founders, employees and advisors.

If you want to read the Ergo whitepaper click on the button below.

How Many Ergo (ERG) Coins Are There in Circulation?

Ergo has a max supply of 97 million ERG coins.

How Can You Buy Ergo (ERG) Coins?

It’s actually quite easy to buy ERG. All you need to do is follow these four basic steps:

Where Can You Buy Ergo (ERG) Coins?

If you would like to purchase some ERG coins, below are a handful of cryptocurrency exchanges which list them.

Disclaimer: All images, branding and wording is copyright of Ergo. All content on this page is used for informational purposes only. CoinCitrus has no affiliation or relationship with the coins, projects or people mentioned on this page.