What Is Bora (BORA)? 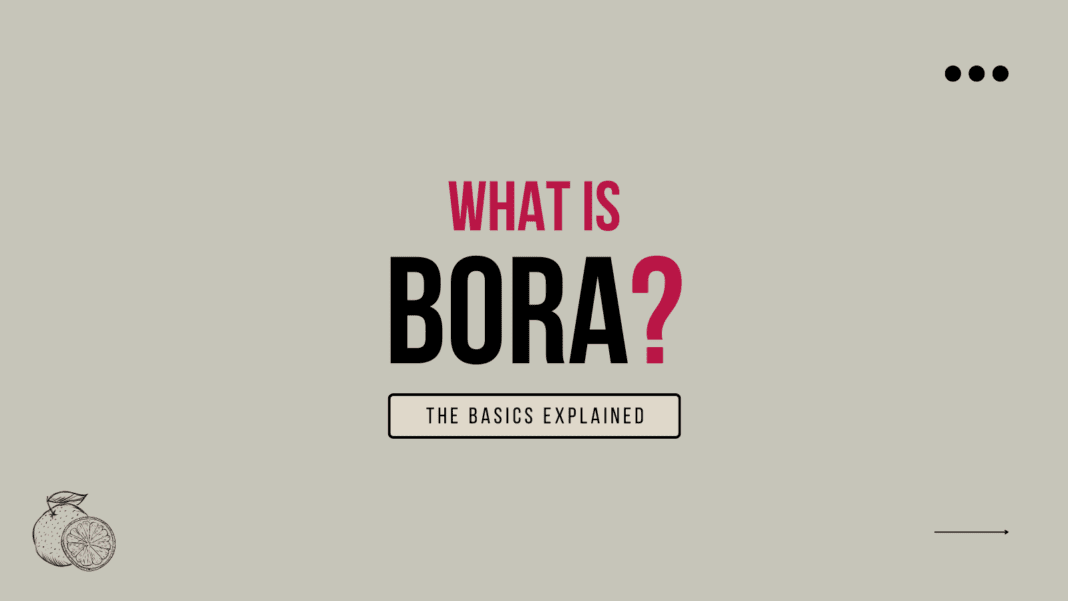 If you’re a gaming enthusiast, you may want to watch out for Bora as they take the GameFi industry to another level.

Bora is a decentralized gaming & application ecosystem that is primarily focused on attracting the GameFi sector into their Bora Chain. The purpose behind that is for companies & individuals to build top notch games for an affordable gas fee price, compared to the high gas fees on the Ethereum blockchain.

Bora has since been upgraded to Bora 2.0 after adding new features to accommodate a range of games, content and entertainment-specific demands.

How Does Bora Work?

For game developers, the concept of Bora is compelling due to the easy access API and online interface, as well as full interoperability with other games within the ecosystem. Not to mention, that developers and content creators now have their very own system to oversee and manage user management systems.

The Bora blockchain has three distinct layers. The first one is the core layer, the second one the service layer, and the third the applications layer.

The core layer supports the infrastructure and data network. The service layer is focused on the APIs and the software development kits which correlate with applications and content built on Bora. The application layer hosts all the content and as well the asset management platform Bora app.

The History Of Bora

Bora was launched back in December 2017 by a team of developers specializing in blockchain and mobile applications, including Way2Bit CEO Gyehan Song and Chief Strategic Officer Yune Kyung Ho.

Then in November 2018 they launched a service called BORA Lagoon testnet, and shortly after the BORA Island digital content blockchain platform.

Fast forward to September 2019, they announced their plan to transfer the entire platform from Ethereum to Klaytn’s Mainnet called Cypress, with the migration being completed by November 2021.

Is Bora A Good Investment?

Since there is a total supply of 1.3 billion BORA coins, there is some incentive to hold the coin for the long term.

Below you can see that BORA reached its all time high before crumbling back down:

Historically, the per coin value of BORA has been relatively higher, around $1.39 per coin for November of 2021. There are many factors that can contribute to a decline in a crypto project, whether that is investors losing confidence in the project or the bear markets and the state of the economy has caused the value of BORA to tank to lower levels. The question is whether it will recover in a new bull market (if we are lucky to have one).

Should You Buy BORA?

For those retail investors who bought Bora prior to their all time highs back in November 2021 were rewarded with big gains. However it’s never sensible to make any investment decisions on past performance, as in some frequent occasions the value never goes back all the way up again.

However if you have done your due diligence on the Bora project and are particularly interested in the GameFi sector, it’s always worth going in small when buying crypto coins so you can familiarizing yourself with the system, community and overall direction of project. Cryptocurrencies can be risky, so invest wisely and be careful with your hard earned money.

Bora released a new road map back in April 2022 which outlines its solution to the problems that they are trying to solve and also some dates of when it will likely be actioned.

How Many BORA Coins Are There in Circulation?

Bora has a total supply of 1.3 billion BORA tokens.

How Can You Buy BORA?

It’s actually quite easy to buy BORA. All you need to do is follow these four basic steps:

Where Can You Buy BORA?

If you would like to purchase some BORA coins, below are a handful of cryptocurrency exchanges which list them.

You can always bookmark and revisit this page to see if more exchanges have been added.

Disclaimer: All images, branding and wording is copyright of Bora. All content on this page is used for informational purposes only. CoinCitrus has no affiliation or relationship with the coins, projects or people mentioned on this page.