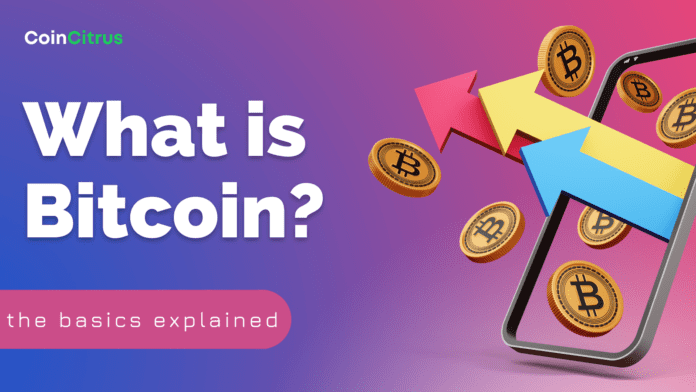 This article will explain what Bitcoin is and how it works, and why it has become so popular in such a short time.

What Is Bitcoin (BTC)?

Bitcoin (BTC) is the world’s first cryptocurrency, and currently the most popular. It was created in 2009 by an anonymous individual or group known as Satoshi Nakamoto. Bitcoin runs on a distributed public ledger, called the blockchain, which allows users to securely transfer funds without the need for third-party intermediaries such as banks or governments.

Since its launch, Bitcoin has become the largest digital currency in terms of market capitalization and is accepted by a growing number of merchants around the world. It can also be used as an investment vehicle, with many people buying Bitcoin as a way to diversify their portfolios.

Bitcoin offers a number of advantages over traditional fiat currencies, such as decentralization, immutability, low transaction fees and privacy. However, the volatile nature of its price has caused it to be a risky investment for many investors. Despite this, Bitcoin remains one of the most popular cryptocurrencies on the market today.

Bitcoin is often referred to as a “store of value” or digital gold, with many people believing that it will become the global currency of tomorrow. As its popularity continues to grow, Bitcoin could potentially revolutionize the way we use money and do business in the future.

How Does Bitcoin Work?

Bitcoin works by utilizing a decentralized network of computers all over the world that use a distributed ledger technology called blockchain. This ledger allows for secure and transparent peer-to-peer transactions without the need for central banks or third-party intermediaries.

When someone sends bitcoin from one address to another, it is recorded on the blockchain in a ledger entry. This transaction is then verified and stored across the distributed network of computers, which prevents it from being manipulated or reversed. The entire process happens within minutes and without the need to trust any central authority.

The Bitcoin network also has a built-in incentive system that rewards miners for verifying transactions on the blockchain by releasing new bitcoins into circulation. This process is known as “mining” and provides the necessary security for the network to operate without the need for a central authority.

In addition to providing an efficient way to send and receive money, Bitcoin also has several other uses such as smart contracts, digital wallets, and more. It is also used as an investment vehicle, as more investors are turning to it as a safe-haven asset due to its decentralized nature and lack of government control.

The History Of Bitcoin

Bitcoin was first introduced in 2009 by a mysterious figure known as Satoshi Nakamoto. At the time it was an unknown and largely misunderstood technology, with limited use cases and applications. As more users began to adopt Bitcoin, its network grew stronger and the value of a single Bitcoin steadily increased.

The cryptocurrency gained mainstream attention in 2013 when its value surged to over $1,000 per coin. This triggered a flurry of attention from investors, speculators and regulators alike, who wanted to understand the implications of this new form of money.

Since then Bitcoin has become increasingly embedded in mainstream culture and used for everything from buying everyday goods online to investing in large-scale projects. In 2020, Bitcoin was accepted by major retailers such as Microsoft and Overstock.com, showing just how far it has come since its humble beginnings.

The future of Bitcoin is uncertain but one thing is certain: it has established itself as a viable form of digital currency that can be used around the world, making it an important player in the global economy. With technology advancing at a rapid pace, there is no telling what the future holds for Bitcoin and other cryptocurrencies. The only thing we know for sure is that the world of digital currencies will continue to evolve in the years ahead.

Is Bitcoin (BTC) A Good Investment?

As the world’s first digital currency, it has proven resilient in the face of market volatility and offers considerable potential for future growth. Bitcoin provides investors with an opportunity to diversify their portfolios, gain exposure to innovative technology, and benefit from its decentralized and secure nature.

Bitcoin can also be used as a medium of exchange for online payments. Furthermore, the increasing popularity of blockchain technology has made Bitcoin even more attractive to investors. With numerous advantages and applications, investing in Bitcoin is an excellent choice for those looking to make long-term investments with good potential returns.

It is important to keep in mind that, like any other investment, there are risks associated with investing in Bitcoin. Volatility and market fluctuations can result in significant losses for investors if the value of Bitcoin decreases suddenly. Additionally, since digital currencies are unregulated, there is a risk of fraud or hacking that could lead to financial turmoil.

To stay up to date with the current BTC price data, click here.

Should You Buy Bitcoin (BTC)?

The decision to buy Bitcoin (BTC) is not an easy one. It can be very volatile, and the cryptocurrency market as a whole is highly unpredictable. There are also risks associated with investing in any asset, including Bitcoin. That said, there are many potential rewards that could be reaped from investing in Bitcoin as well.

For those interested in investing in Bitcoin, the decision should not be taken lightly. It is important to do your research, understand the risks involved, and make an educated decision before investing. Consider factors such as the current price of Bitcoin, its potential future value, market conditions, and more before making a decision.

It may also be wise to diversify your investments. Investing in Bitcoin does not mean that you have to put all of your eggs into one basket, so to speak. Consider investing in other digital currencies, or even traditional assets such as stocks, bonds, and commodities.

How Many Bitcoin (BTC) Coins Are There in Circulation?

There are 18.5 million Bitcoin (BTC) coins in circulation. This number is constantly fluctuating due to the mining of new blocks, which add to the circulating supply of BTC. The maximum number of Bitcoins that can ever exist is fixed at 21 million. Of this total, it is estimated that around 4 million coins have been lost due to users losing their private keys or otherwise not being able to access their funds. This means that there are currently around 17 million Bitcoins in circulation, with the remaining 4 million to be mined over the next few years. As more coins are mined, it is expected that the price of Bitcoin will continue to increase due to its limited supply. With only a finite number of coins in circulation, Bitcoin is seen as a scarce asset that can be used for long-term investment and trading.

In addition to the circulating supply of Bitcoin (BTC), the network also makes use of unspent transaction output (UTXO) data. UTXO records all transactions on the network and is used to verify the validity of all new transactions. Every time a user sends or receives Bitcoin, this data is updated instantly on the UTXO ledger. As of July 2020, there were approximately 66 million unspent transaction output records on the Bitcoin network, indicating that a lot of people are actively using and trading with BTC.

Where Can You Buy Bitcoin (BTC)?

You can purchase Bitcoin (BTC) from a variety of sources, including online exchanges, stock market platforms and cryptocurrency ATMs.

You can also purchase Bitcoin (BTC) on stock market platforms such as the Nasdaq, NYSE, and CME Group. These exchanges offer a variety of options to buy and sell digital currencies like Bitcoin.

Cryptocurrency ATMs are another option for purchasing Bitcoin (BTC). These are usually located in major cities and allow you to buy Bitcoin with cash. The fees associated with using a cryptocurrency ATM may vary, so it is important to do your research before selecting one.

Finally, there are also peer-to-peer marketplaces where people can buy and sell Bitcoin directly from each other. These marketplaces are generally more expensive and less secure than traditional exchanges. However, if you do decide to use one of these services, make sure you understand the fees associated with it before making any transactions.

Bitcoin has come a long way since it was created in 2009. It is now seen as a valid form of currency and accepted by many businesses around the world. Although it is not yet universally accepted, it is gaining momentum and becoming more popular each day. The technology behind Bitcoin is revolutionary and offers several advantages over traditional currencies, such as global accessibility, lower transaction fees, and complete control over your funds.