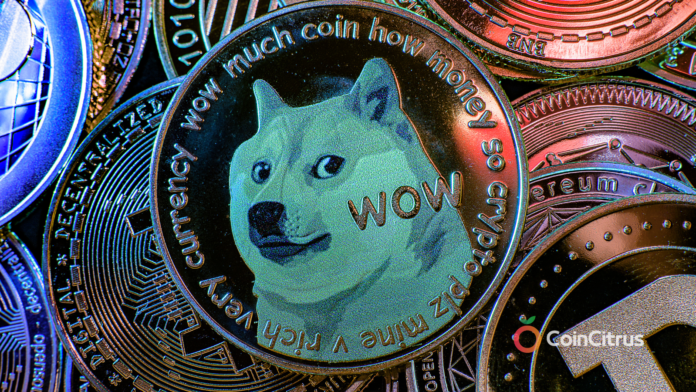 Dogecoin is a cryptocurrency that was created in 2013 as a joke, taking its name from an internet meme featuring a Shiba Inu dog and referencing users’ bad spelling habits of “doge” instead of “dog”.

The correct way to pronounce Dogecoin is “dohj-coin,” with the “dohj” sounding similar to “dog” with a “j” sound at the end.

Developers initially made the coin to parody Bitcoin, yet it began to grow in popularity through the 2010s.

Is It Pronounced DOGE or Doggy?

It is important to note that the pronunciation of Dogecoin varies among individuals and communities, and the above information only provides a general overview. You can also hear the pronunciation in the video below:

Is Doge A Proper Word In The Dictionary?

Yes, “doge” is a proper word in the dictionary, which refers to the chief magistrate in the former republics of Venice and Genoa. You can find the word in Merriam Webster, Dictionary.com and Wikipedia.

It is an old Italian word which means “duke” or “leader” and its origin is from the Latin word “dux”.